A few words about precious metals 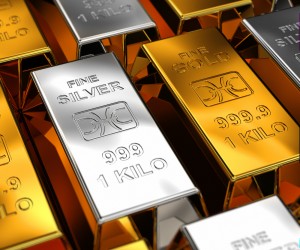 The term “precious metals” is generally defined as a rare metal elements (or their alloys), which was used and still is used for the production of jewellery and coins plus the might be used as a mean of payment. Typical precious metals are gold, silver, less popular are palladium and platinum.

Precious metals are characteristic for their high prices due to the rare occurrence. They are also characterized by a high weight, low chemical reactibility (high resistance), beautiful appearance and electrical conductivity. They have been used as decorations, for jewelry making or for sacred objects from prehistoric. Coins have been minted out of these metals since ancienit Greece and they bound the value of some currencies to the mid-20th century. Coins made of precious metals used to have a precise determination of the weight and fineness, like ingots nowadays.

Large amounts of gold and mainly silver are consumed in electrical engineering, health and other industrial production due to the excellent electrical conductivity and corrosion resistance. Silver is also consumed by the photographic industry. Large amounts of gold (partly also silver) is serving as the gold reserves of the bank and as a private investment at the moment.

Prices of precious metals are constantly rising, that’s the main reason why we are still looking for new natural sources. On the other hand new technology, mainly recycling of old appliances, has become popular for extraction of precious metals. Annual gold production has increased fivefold since 1900. About 2500 tons of gold are mined each year and production of silver is approximately 20 000 tons per year. The largest producers of gold are China, South Africa, USA, Australia and Russia. The most important producers of silver are Peru, Mexico, Australia, USA and Russia.

The ratio value (price) between silver and gold were 15:1 for thousands of years, but the current ratio is about 60:1. Silver in physical form is less than gold, we can even sometimes heard, that there is 10 times more gold in physical form, than silver. 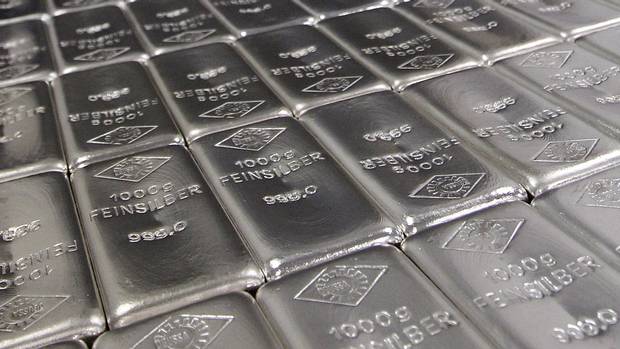 In Europe, silver is perceived as an industrial metal from the mid 20th century, but situation is different in the countries outside the Europe and North America. For example, countries like China and India have purchased a large amount of silver in its reserves over the last years. This might in a short time period re-raise the price of silver.

Gold and silver coins are bought by investors to protect their investments against depreciating paper money. Coins have in addition to the investment value also numismatic value. Combination of beautiful motives cost of minting and the quality of mint has big impact on the price. The most favourite and the best-known coins between collectors are coins from Lunar series from renowned Australian State Mint The Perth Mint. Another famous coin is for example China Panda.