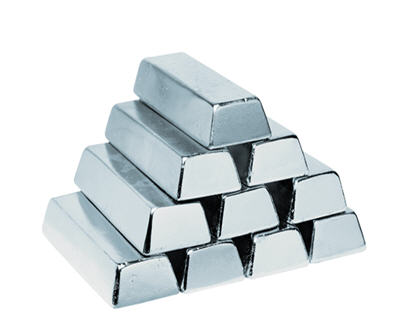 Gold has been for many years considered as a leader among precious metals, mainly at the expense of investment silver which was seen by the public in the second half of the 20th century predominantly as an industrial metal. But the situation is slowly changing and silver begins to be perceived as real investments with a great grow potential.

The first silver mines were discovered in the 4th millennium BC in Asia Minor and on the Aegean islands. 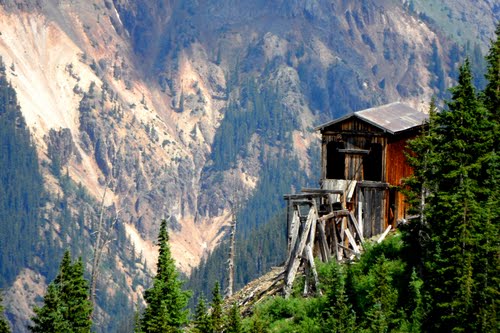 Silver (in latin Argentum - clear) can be found in nature in several forms. Pure silver is very rare, so silver is usually in the form of compounds and in many cases, it only accompanies ore vein of another metal, such as lead, nickel, zinc or copper. Silver is in nature most often as silver sulphide. Pure silver can be found in nature more rarely than gold. It appears in the form of fine crystalline threads, fluff or small lumps.

Silver is extracted primarily during the extraction of copper, lead, zinc and nickel. The most used method for purifying of silver is electrolysis. The world largest silver producers are Mexico, Canada, Peru, Australia and USA. Gold and silver have been for millennia common currency.

Advantages and use of the silver

Investment silver together with investment gold and platinum have been regarded as a store of value, especially in times of crisis, high inflation etc. Investors use it as an alternative tool to bonds, securities and shares because of its low correlation with equity markets. Silver price is understated nowadays.

Silver has wide range of industrial use. It’s main reason against gold, which is used mainly in the goldsmith to make jewelry. Silver is practically used mainly for its unique physical properties – excellent electrical and thermal conductivity, good chemical stability and resistance to environmental stress. Consumption of silver in the industry, for making jewelry, coins consumes about 95% of the annual production. Silver resources were estimated at 2 billion ounces at the end of 20th century, but the amount of silver is estimated at 200 million ounces nowadays. It might lead to a dramatic price increase in the future.

The rapidly growing demand for silver in developing countries like India or China affects also the prices of investment silver.

Current economic situation when we can expect recession or another crisis will have probably big impact on the price of silver and other precious metals, so the investment in physical silver can be a very good strategy of many investors.

The concept of investment silver is a specific form of silver that is used especially for investment purposes. We mean silver coins, ingots and bricks with high purity and defined weight.

Silver Eagle is the official silver coin of the United States of America. It was first made on 24. 11. 1986. Silver Eagle is minted in the weight of one troy ounce with a value of 1 USD.

Silver Eagle coins aren’t sold by the U. S. Mint directly, but through a network of authorized dealers. Front theme of the coin was first displayed on Walking dollar coin – Liberty Half, which was coined from 1916 to 1947. The motif is generally considered as one of the most beautiful themes ever shown on U. S. coins.

The amount of minted coins isn’t limited. It depends on total demand, because Silver Eagle is the best-selling investment silver coin.

Maple Leaf is a silver coin produced by the Government of Canada and has been minted by the Royal Canadian Mint since 1988.

Maple Leaf coin is usually minted in the variant of one troy ounce with a value of 5 Canadian dollars (CAD) and its fineness is 999.9/1000, only a few global investment coins has this fineness.

Coins have same theme (with certain exceptions) every year. On the front side is depicted maple leaf and on the back is the head of Queen Elizabeth II. Each coin contains the phrase “Fine Silver 1 Oz Argent Pur” in the bottom of back side.

There were also minted coins of different weights than 1 Oz to celebrate important events and anniversaries connected with the history of Canada.

The amount of minted coins is unlimited and depends on the demand.

Theme of Wiener Philharmoniker is the same each year.

The amount of minted coins is limited each year, but the amount depends on the demand. Wiener Philharmoniker is the best-selling investment silver coin in European countries.

Front side theme changes every year.

China Pandas were minted in several mints, for example: Shenzhen, Shanghai or Shenyang. China Panda doesn’t contain any characteristic of the mint, so we can’t exactly say where the coin was minted without detail research.

The face side of the coin always depicts a portrait of Panda, which changes every year (except 2001 and 2002, when the theme was the same). The reverse side contains the Temple of Heaven with Chinese characters and the year of minting. The reverse motif (except the year) is always the same.

The amount of minted coins changed over the years several times. China Pandas are very popular and their popularity is still growing.